Teaming Up with Good Nutrition 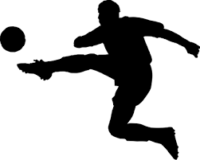 Teaming Up with Good Nutrition

If you are a solo athlete, such as a singles rower, figure skater, or runner, the benefits that come from fueling your body wisely benefit you personally. Team athletes, however, commonly participate in group meals that may focus less on nutrition and more on fun foods. (Nachos and beer, anyone?) Coaches may find it hard to enroll all their athletes in responsible fueling. Yet the team that fuels wisely will have an edge over the team that eats a sub-optimal sports diet, particularly when traveling to competitive events.
Team athletes and their coaches—as well as individual athletes—want to seriously acknowledge that smart food choices can help them get to the next level. Nutrition is invaluable for optimizing not just performance during training and competitive events, but also their health throughout a long season. When all athletes pay attention to what, how much, and when they consume foods and fluids, their chances for enjoying a winning season get stronger.

Preparing for Game Day
The day before the competitive event, athletes should:
• train only lightly; this allow muscles time to refuel.
• hydrate well; the goal being copious light-colored urine.
• choose carbohydrate-based meals and snacks.
For a 150-pound athlete, the goal is about 1,800 to 2,100 calories from grains, fruits, veggies, sugars, and starchy foods to replenish the muscle and liver glycogen stores that got depleted during training sessions. That’s no Paleo or Keto-ish diet!
More precisely, the target is 3 to 3.5 grams of carbohydrate per pound of body weight (6-8 g/kg). For a 150-pound athlete, this means about 450 to 525 grams carb the day before the game to refuel—plus two to three more days afterwards.   Divided into three meals plus two snacks, we’re talking oatmeal + bagel for breakfast, sub sandwich + fruit for lunch, a pile of pasta with dinner, plus some pretzels and dried fruit for snacks.
Every meal should be carb-based. Athletes who fill-up on excessive protein at meals, plus choose protein bars and shakes for snacks, commonly eat only half this recommended carb intake. While protein helps build and repair muscles, it does not fuel muscles. Athletes who start a game with low muscle glycogen tend to run less distance and be slower than carb-loaded players; this is particularly noticeable in the second half of the game.

Game Day Fueling
A pre-game meal, eaten 3 to 4 hours before start-time will optimize liver glycogen stores that can drop by 50% overnight. Anxious athletes who sleep poorly could burn even more. A pre-game meal helps fuel high intensity sprints; it delays fatigue so that players perform better. An adequate pre-game meal is particularly important for a lunch-time kick-off.
For a 150-lb athlete, “adequate” means 300 to 450 calories from grains, fruit or other source of carb that settles well and digests easily. This could be a bagel and a banana; oatmeal with raisins and maple syrup, or two packets of Nature Valley granola bars. More precisely, target ~0.5 to 1.5 g carb/lb body weight (1-3 g/kg).
• Players want to tank-up with water, sport drink, coffee or a familiar fluid in the 2 to 4 hours pre-game. This allows time for them to void the excess fluid.

During the game
The overall nutrition goals during the event are to:
1) drink ample fluid to prevent dehydration (but not over-hydrate), and

2) consume ample carbohydrate to prevent blood glucose from dropping. The brain uses carbs to think clearly and focus on the task at hand.

After warm-up and again at half-time, teammates want to consume about 100-250 calories from carbohydrate (~30 to 60 g carb). In soccer, this has been shown to improve dribbling speed, passing, and shots on goal. Sport drinks and gels can be handy sources of carbohydrate at this time. Most gels offer 25 g carb. Athletes who poorly tolerate gels can get the same benefit from natural foods (banana, raisins, honey). Real food works just as well.
• For athletes who cannot tolerate any food or fluid in their anxious stomach, swishing and spitting a sport drink during breaks in play can potentially enhance performance. No need to spit it out if they can tolerate it!
• Sweat rates vary from 500 to 2,500 ml/hour. The goal is to prevent a drop of more than 2-3% in pre-match body weight (and also to avoid over-hydrating). That means a 150-pound athlete should lose less than 3 to 4.5 pounds per game.

Post-game Recovery
Athletes need less time to fully recover if they do a good job of fueling and hydrating before and during the event. This is particularly important in tournament situations and back-to-back games.
• To rapidly replenish depleted glycogen stores, athletes want to consume 0.5 g carb/lb. body weight (1 g/kg) per hour for the four next hours. This equates to 300 calories for a 150-pound athlete and can be accomplished with carb-based drinks and snacks in the locker room, followed by a post-game meal at the stadium, and snacks while traveling. Refueling after night games needs to be planned ahead!
• Athletes with a poor post-game appetite may initially prefer commercial sport foods, but natural foods offer more electrolytes, along with carbs, protein and fluid. Tart cherry juice might help reduce muscle soreness.
• The post-game goal is to maintain a carb-rich diet (3-3.5 g carb/lb.; 6-8 g/kg) in the 24-hours after the game, and again for the next 2 to 3 days. Athletes are either fueling up or refueling!
• To repair muscles, athletes want to target 20 to 25 grams of high quality protein at 3 to 4 hour intervals. While more research is needed, cottage cheese (or another source of casein) before sleep might enhance overnight muscle repair.
• When teams want to celebrate with alcohol after a match, take note: More than two drinks (2 beers, 10 oz. wine, 3 oz. alcohol) can impair glycogen replacement, muscle repair, and rehydration—to say nothing of hurt the next day’s performance. When recovery is a priority, athletes should avoid alcohol. Good thing the thrill of victory comes with a natural high!